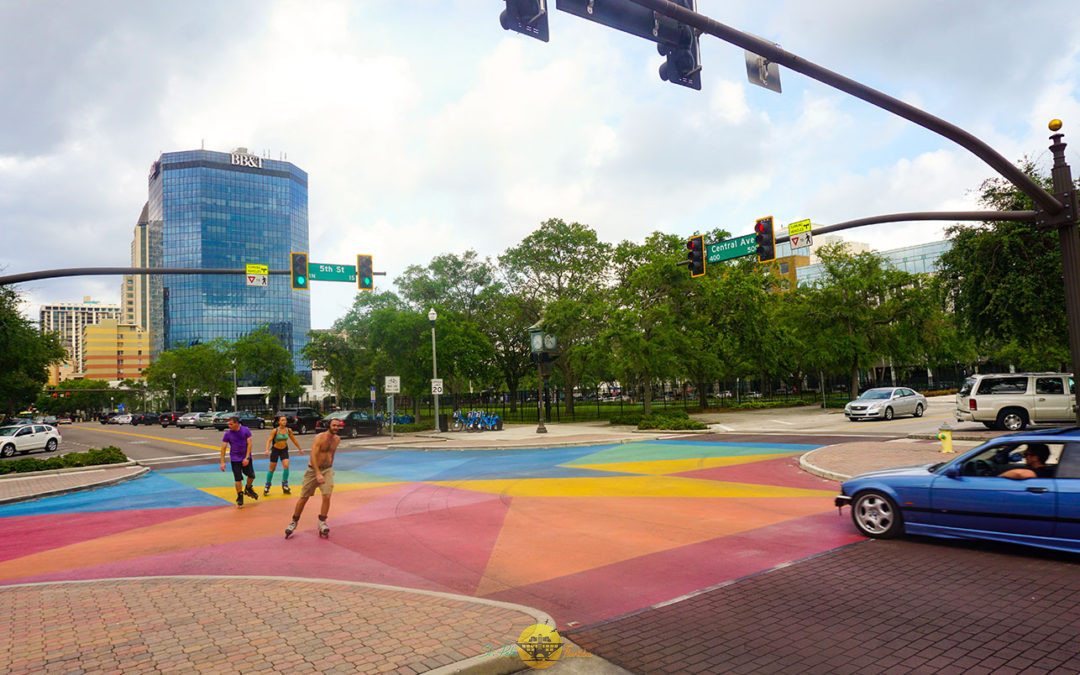 The sun, the sand and the beach are all familiar to St. Petersburg residents and visitors alike. But there is more to The Burg than just feeding seagulls and watching beautiful sunsets. Check out these 10 fun facts.

1 – It is known as the Sunshine City, with an average of 361 sunny days per year. With 768 consecutive days of sunshine, The Burg holds the Guinness World Record for that category.

4 – The Sunshine Skyway Bridge, at 4.1 miles long and 19 stories high, is the western hemisphere’s largest suspension bridge. The Travel Channel ranked it number 3 as one of “The 10 Best Bridges of the World.”

5 – Because of the high number of suicides attempted from the Sunshine Skyway, the State of Florida installed six crisis hotline phones along the center span of the bridge.

6 – St. Petersburg holds the distinction of having the world’s first scheduled airline flight take off on January 1, 1914. It flew the mayor, Abe Pheil, over to Tampa.

7 – Apparently, everybody loves dogs in The Burg. BellaDog magazine named it the third most dog-friendly city in America.

8 – Even though CNN ranked St. Pete number 7 as one of the best places to retire, only 15 percent of the population is over 65.

9 – For almost four years, the city tried to capture “The Mystery Monkey of Tampa Bay.” A feral rhesus macaque monkey became famous for its ability to evade capture but was finally caught on October 24, 2012 thanks to a banana and a tranquilizer dart.

10 – St. Petersburg’s took the lead on being green. Its water reclamation system was the first one built in the U.S. and is still one of the world’s largest. It processes more than 20 million gallons of water per day.

What are your favorite fun facts about The Burg?